Time to turn my attention to the cedar of Lebanon box and I must say Im not please with this one at all. I dont like the color, I dont like the shape, its not hollowed out enough, and the scent is a little too overpowering for me. This box is like a bad hair cut-the only thing you can do is re-cut it and hope for the best and thats what were going to do.

Heres the box to begin with. Not very interesting visually: 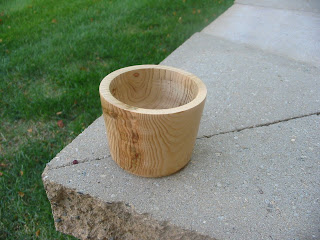 I put it back on the lathe. Im going to reduce the outside slope of the box and create a rim on it. To do this securely, Ive placed it between centers: 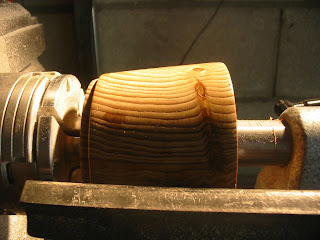 Ive marked off a section of the outside for the rim and begun turning away wood from that: 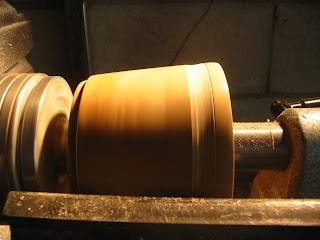 Im going to cut from side to side to remove wood an reduce the slope : 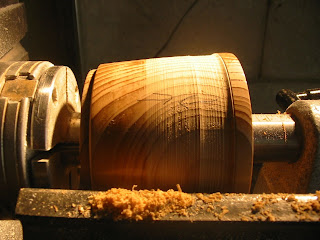 And I worked in the manner for several minutes. I narrowed the rim and then split it into two beads and cut them down so they would not protrude from the surface too much: 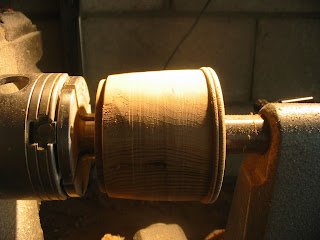 In this photo Im about to hollow out the inside more: 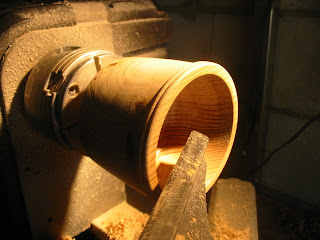 And here it is several minutes later. The box is now deeper and wider inside and so it will be a little more useable: 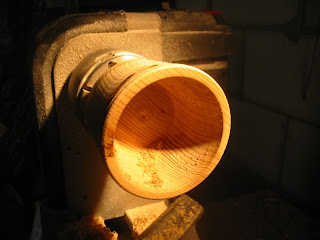 And here is the box several minutes later. Ive roughly sanded it. It think it looks much better. Im beginning to get an idea about the color: 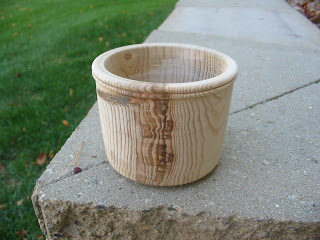 Next, the lid portion

I was looking at Richard Raffans website again and I decided to try to make an onion-dome shaped lid for the box. Looking around the shop, the only wood I had that was close to being thick enough is a piece of pine. It will turn very easily but is it thick enough for the shape I want?: 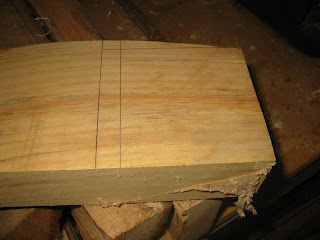 I made a turning blank. Well see how this works out: 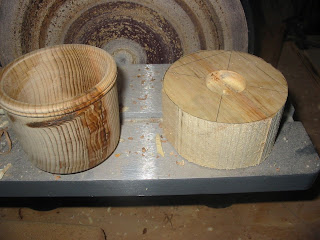 I did my usual procedure of creating the underside of the lid to fit into the box: 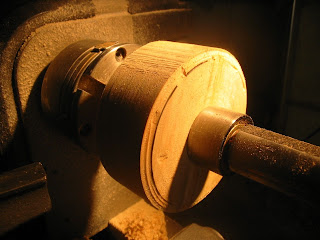 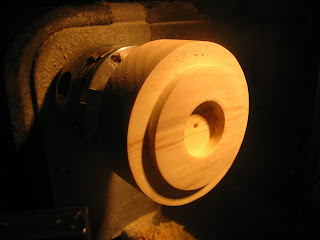 And I placed it on the box to see how it looks. Not bad: 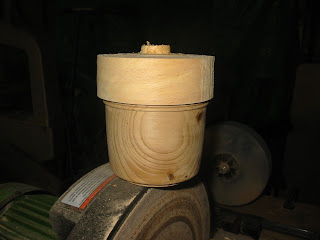 I put it back on the lathe and I began to turn. It was readily obvious that I would not have enough wood for a full onion shape so I would have to modify the shape of the lid: 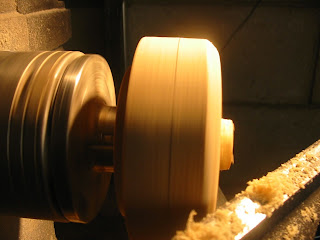 Here Im beginning to shape the top of the lid: 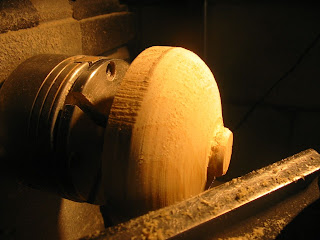 I took the lid off the lathe and took a look at it. Without a definite shape to aim for, its difficult to understand just what it should look like instead. This is going to be one of those "Ill know it when I see it shapes." In this photo, its clear that the shape isnt exactly there yet. It looks like a giant mushroom sitting on the top of the box. I want to keep the plumpiness of the shape but refine it more. Back on the lathe it goes: 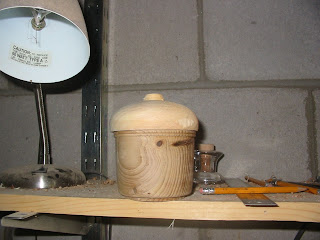 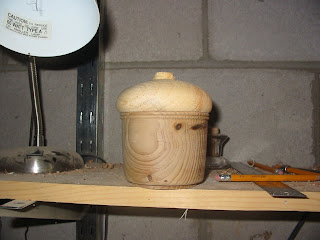 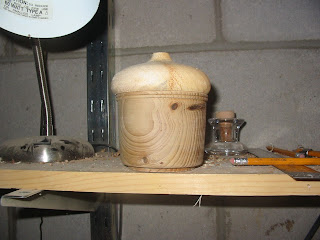 I kept turning and removed a small amount of wood from the center of the lid and created a finial and added a little shaping to the area around the finial. Ive also given it somewhat ogee shape to the surface. Its beginning to look like something: 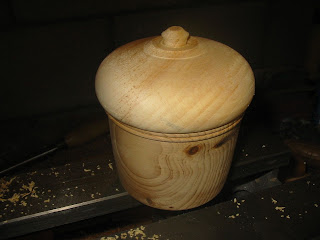 Im going to stop turning this for the moment and spend a day looking at it: 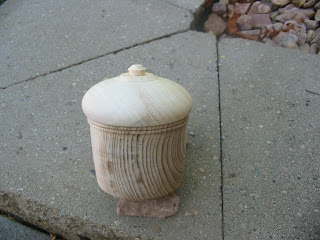 My youngest son just walked in and said it looks like a muffin....sigh...

Ok, Im going to leave it and possibly shape it more. I may also stain the top and the bottom of the box to match. I think that would improve matters quite a bit. More about that tomorrow.

The last box is the camphor box and that needs some major work as well. Ill try and do another posting later today.